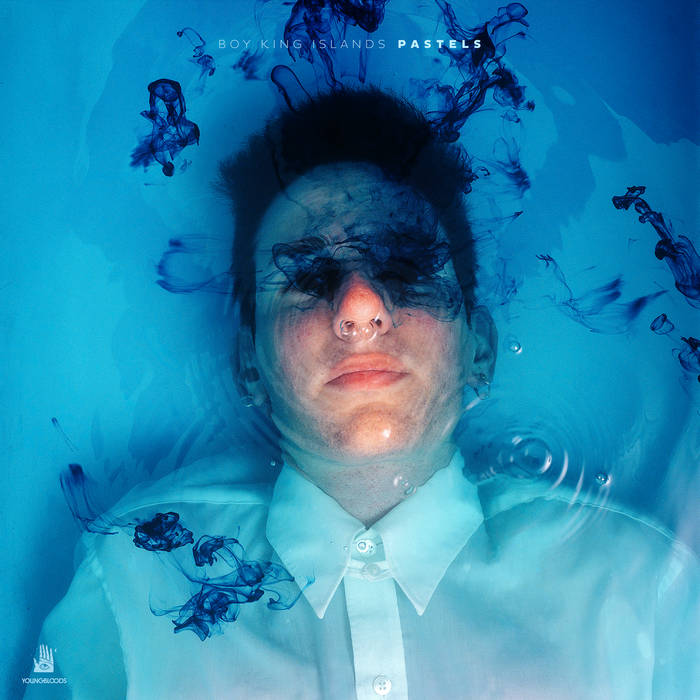 yiannis I've been a huge fan of Caural for many years, so hearing a lot of his nuances in this album brings back a lot of good memories. Thanks for the great music, guys. Favorite track: Fall.

Friends and musical collaborators for nearly 20 years, Zachary Mastoon (better known as Caural) and Jason Hunt saw the first hints of Boy King Islands emerge in the summer of 1995. Outside in a park together, their improvisation unfolded as the basis for a long-lasting creative partnership that would span 15 years and three full-length albums. "Pastels", their newest offering through NYC and LA based record label Youngbloods, is a collection which elaborates on the duo's creative process, and chronicles previously forgotten demos, song sketches, and unreleased material in a mixtape-like form.

Named after a painting by the hugely prolific outsider artist Henry Darger, the duo of Boy King Islands officially formed in the winter of 2002 when - then roommates - they stretched microphone chords around doors and through thin walls of their north side Chicago apartment to capture the beginnings of what would become their debut: buzzing Fender guitars with the gnarl of tube distortion; the tines of a Rhodes or the warm hum of a Wurlitzer; an mbira plucked through a wah pedal or a wooden box with broken glass and beads shook as percussion; and Mastoon’s whispery, and always doubled, vocals swimming in a wash of crashing cymbals.

Their signature sound grew to encompass more psychedelic influences and diverse orchestration over the next two albums ("Sun Worship" and the Kickstarter-funded "White Mirror"), yet they remained true to their experimental aesthetic, carving out a unique and noisy niche in the ever-evolving non-genre of "rock music".

As Mastoon describes: "Early versions of songs were built on loop pedals, repetitions left largely ambient as a canvas on which other instrumentation and words would emerge. These melancholy progressions were like colors playing through our common walls and echoing in my mind: the yellow of blurry Polaroids coming into focus; chalky figure drawings hidden in portfolios. They were soon exchanged between what became my new home in Brooklyn and the one I’d left behind in Chicago. While some of these skeletons went on to be fully realized, others were forgotten, shielding their own unique story of a time."

Like the colorful pages of their spiral sketchbooks, "Pastels" is a mixtape of these moments: unearthed ideas, early song demos, and outtakes from the three full-length albums of the duo's collaborations. Initially shared among nine friends on CD-Rs in hand-stamped sleeves, "Pastels" is now reimagined as etherial ones and zeros through Youngbloods, made available worldwide on digital platforms June 16th.

Boy King Islands was a duo comprised of long time collaborators Zachary Mastoon (aka Caural) and Jason Hunt. While their signature sound grew to encompass more psychedelic influences and diverse orchestration over the years, they remained true to their experimental aesthetic, carving out a unique and noisy niche in the ever-evolving non-genre of "rock music". ... more

Bandcamp Daily  your guide to the world of Bandcamp